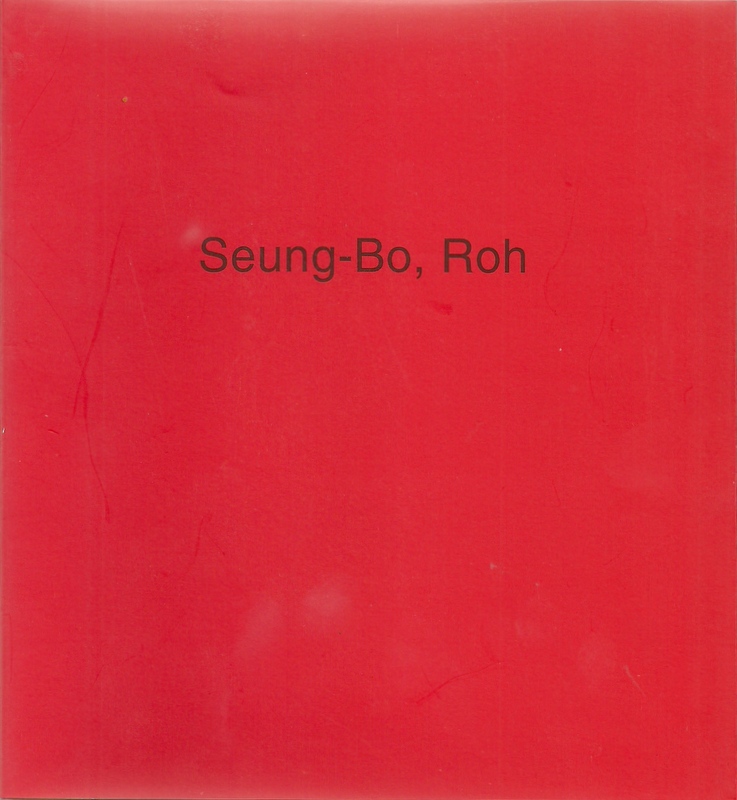 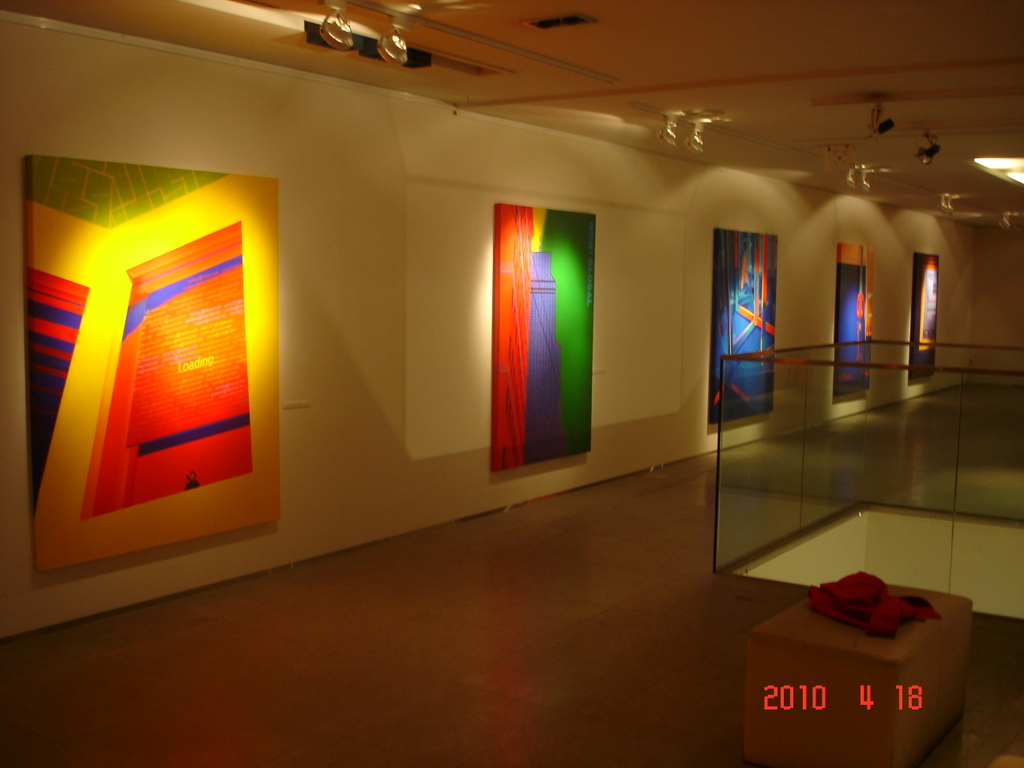 1. Introduction
Starting since the midst of 2000s, the method of the artist for example has been from to describe mainly the realistic civilized world to describe the spot light in the ceiling, and to draw big concrete constructions such as big columns, which were located in the bottom of big bridge, upholding the images of desolate urban outside. They were made me astonished when I first saw her work, because they were not just the beginner’s methods. Further, it made me astonished also that she has started to change her pre style, despite of not being evaluated enough. Putting away from to stay pure expression in this painting world, the starting point was begun to reveal contemporary post-modern situation. However, her method was not just to metaphor this society, but to show the contemporary aesthetics, which was coming from safety in sight and contrast in color that could be evaluated more progressive points. To reveal such a social aspects, as well as, to describe the urban circumstance as the solemnly magnificence or hardly reality of being, the series were changed into series representing in this present situation. Further, as was the secular expression to reduce the pre methods; and was trying to getting better with accompanying new composition, color and description power were supported.

2. Motive
Above all, to use various digital photographs to reveal contemporary digital era, this series was magnified as the description of outer shapes of building, interior spaces, and closed meeting spaces of urban building edges. Through this procedure, after capturing the digital images of escalator, automatic doors, circulation gates, roof windows, and magnificent sunshine reflecting glasses, the artist has shown the special composition with making dramatization procedure. Therefore, as was revealed as instant moment images in the painting space; sometime lonesome, sometime warm, the instant images were enough to express today’s instant moments in usual day of living. Plus this, the signified human images were appearing. Because, they were not directing special personage, but to directing our human-being’s whole of them. Even though, decorating small area of , the human images could be considered as the actors of the paintings as well as the being of you and me. Looking at them, they were shown as if in the moments of taking rest. However, as was contained in the space being, another word, in the space of procedure, they were unknown human images. Therefore, they were shown as the main actors in the pride to see present situation correctly.

3. Composition
Another important point in the is specification of the composition, focused on spectator’s point of view, to describe the images of contemporary cities in the procedure of simplification and harmony. Well, after adapting, usual speculations were changed into dramatization. Further delicate expression, the artist wants to show this time’s aspects, on the same time, to capture more sensitive situations. For example, to make them more serious, she extended the escalator’s two wings more widely or exaggerated the size of terrace or edge of building. Likewise, as long as the tortured composition and delicate senses in the color expression, there are arising delicate dialogues in the strict lines and terrace and shelves in the midst of the paintings. In the procedure, simple composition and delicate image description were intermingled as an harmony. The three characteristics of color, building images and composed human characters (anonymous human-beings) are making systematic dialogues each others.

4. Color and texture
In real, in the procedure of space expression in series, the original colors were moisture into the imagination of the artist’s brain and finally disappeared to be changed by another rainbow colors, furthermore, by the contrast colors of Vermilion, sky blue or prussian blue, as well as the red and yellow or green and yellow. In accordance with these specific point of view, the artist finishes them with using very emotional colors, and reduce the brush strokes and knife touch for keeping transparency of original color effect, sometime, she push the tube pigments directly on the painting surface. As was used for the expression to represent the strict lineal motives as the glittering building, window, escalators’ stainless steel like textures; softly white and grey or black colors were unitedly used to distinguish between colors and colors or spaces and spaces. Furthermore, the artist additionally supports the transposition skill of colors be looked as if to have special characteristics instead of their usual color in the spaces. Delicately, the change were prolonged into replacement of colors, not to change the outer shapes but to sustain the balance of each original colors for glorification.

5. Letters
To represent the cultivation of communication vehicle and to give symbol effect of internet web systems as the great creation, she writes the letters or web-site names on the painting surfaces, which could support dry effect on the same time. These letterings were done mainly by the drawing and silk screen skills. As well as, they could give magnified optical effects when they were located in the composition procedure within no other giving heavy burden for the paintings. Asking more delicate drawing procedure, as was the convenience symbol as the image of public phone box was appearing the phone dial digital characters of 1234 and signs. Furthermore, as the given feeling, the signs and letters could be intermingled together, for metaphoric contemporary industrial world. To support the outer shapes of Manhattan images for the art work , the three original colors and skyscrapers images were utilized. Here, through and for free emerging color effect, more aesthetical space were composed. As the profound landscape paintings, they were different from the description of detail expression of circular door and escalators, which were related in contemporary urban civilization.

6. To Conclude
Even though, starting from the usual images, those of the artist’s in recent series were giving vivid odd feeling to be rooted in the artist’s imagination. And through this change, the more delicate and serious composition world was given. Different from Richard Estes’s painting surface, based on similar philosophy, her space is giving more reduced space and delicate optical stream and colors, and activating in this time’s circumstance and material phenomenon and our daily living spaces.